Happy Women’s History Month! We’re proud to celebrate all the amazing female brewers who make up our taproom and brewery teams and in their honor, we are excited to release our 2021 Pink Boots Collaboration Brew: The Future is FemAle.

This beer is a 6.3% ABV Belgian-style Saison made with the Pink Boots Society hop blend, that has a pronounced haze and hint of spice character. The grapefruit zest and clementine-infused orange peel add a bright citrus aroma, while the hops bring a nuanced tropical, herbal and citrus character. $2.50 from every 4-pack will be donated back to Pink Boots Society.*

Now available on our Online Store

To celebrate the release, we’ve asked some questions of our taproom brewer team and with Kelley Romines from the Brewery team who had a large hand in creating the recipe and brewing the beer itself. Get to know a little more about them below: 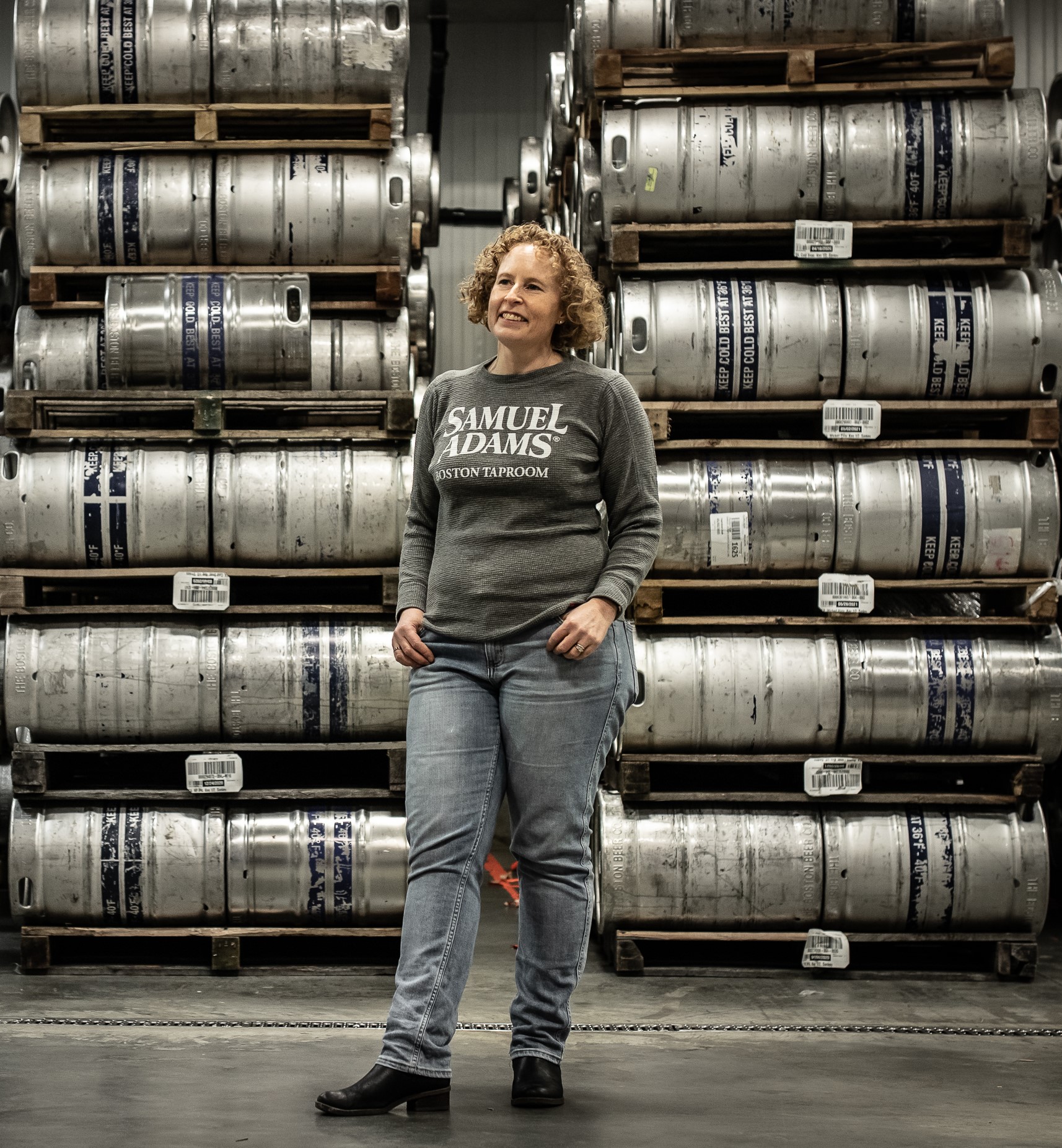 -    When did you become interested in the art of brewing and what made you stay?

I became interested in brewing back in graduate school, which were the days before the abundance of craft beer. As a musician, I love the alchemy, the combination of art and science, and creating my own interpretation of flavors to share with others.  And, well, BEER!

-     How did you find community amongst female brewers when you were first starting out and how has that changed since?

There were other women brewing in Boston when I got my first job, and they were each supportive. It was always a positive, encouraging, and inspirational group. As I got a few years into my career, I got to know more women across the country and always found them to be very interested in building relationships and sharing information. It is now a much larger community of women in all roles within the beer industry, which is a wonderful thing to see. There is still a lot of room to grow, and that true equity in representation is something I hope will continue to grow as I continue my career.


-    Thinking towards the future – how do you see the landscape of the brewing community evolving?

We’ve seen significant advances of women in all roles within the beer industry, and that’s been a terrific development. But, this past year has put a strain not only on breweries as businesses but also at home for families. With the increased demand of home-based child-care while schools have been closed, we’ve seen the burden of managing the household fall disproportionately on working women. Many of the industry roles that women hold from brewing to sales positions to QA/QC/Lab, simply cannot be done from home or on as flexible of schedules as some other roles might allow. With these current realities, I’m afraid we are going to lose more women from these roles in industry. We need more recognition of how the burdens are falling upon women more than their male counterparts and make more efforts to ensure that we don’t see qualified and capable women leave the brewing industry at greater rates.

When I think of the brew of which I’m most proud of at Sam Adams, without a doubt I’d have to say it’s the New England IPA, now Wicked Hazy.  When I first began to work on this beer in our Nano brewery, the style was very new and there was no research published on it. So all I could do was go by the few commercial examples of this new and evolving style to get a sense of what it was (and also what it could be), and then try to figure out the challenge of how to make it!  It took more brews than I can remember and dozens of people to figure out how to scale it up from our nano brewery to national production, and achieve our goal of brewing the best New England style IPA in the market, all with very little precedent. There is now so much more information about and research into the style readily available to all brewers (much of which, we’ve contributed to!) who all continue to brew this unique and ever-popular style of beer. 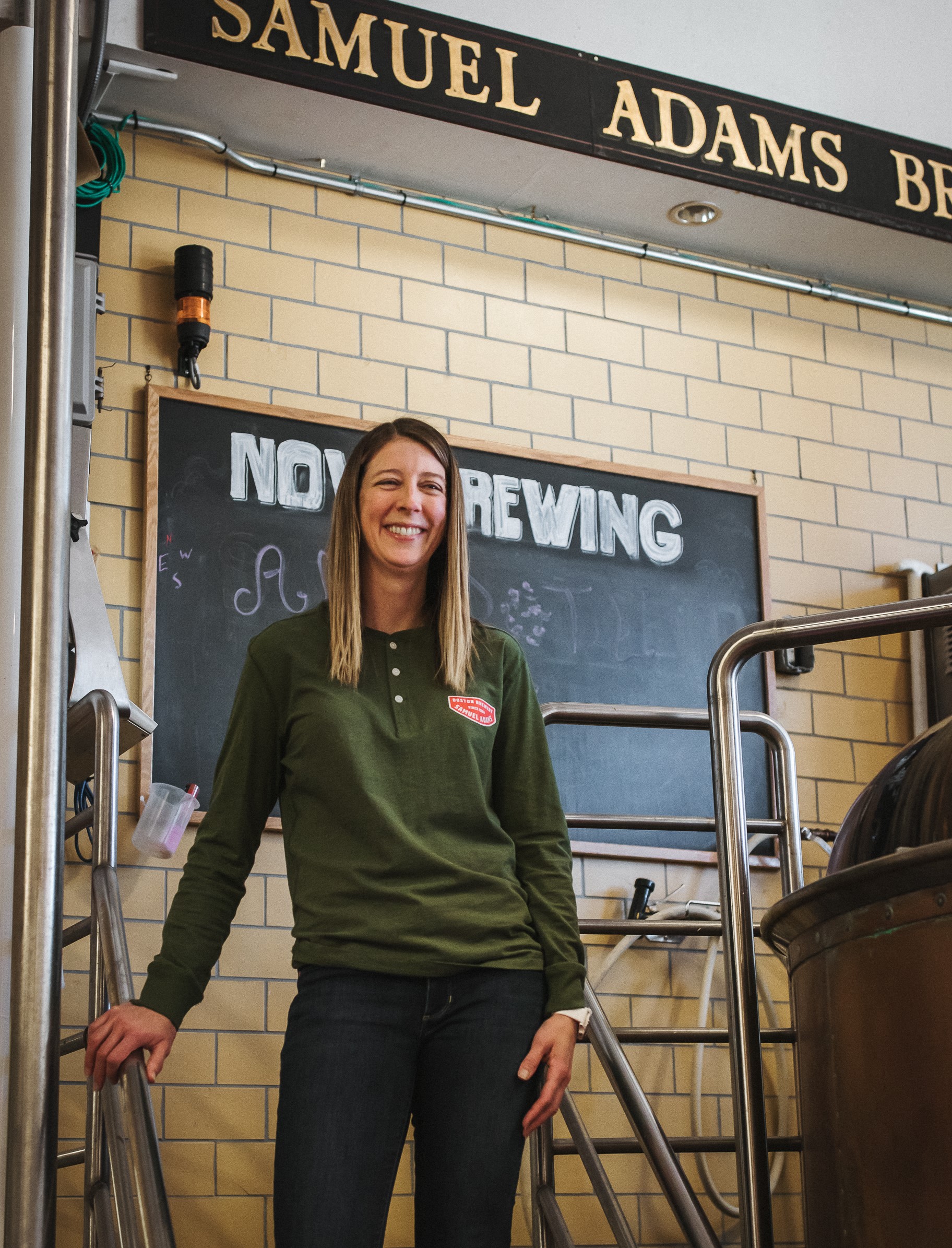 When did you become interested in the art of brewing and what made you stay?

I became interested in brewing right out of college (or more fairly – during college).  At an engineering career fair, I learned I could make beer for a living and thought – that sounds great, let’s do that!  It was the best decision I’ve ever made.  I stay because I can’t imagine a better business to work in.  Our team is passionate about beer, and that makes for a fun workplace.  I love what I do and the ability to meld both art and science is a perfect fit.  It’s fun to see the outcome of your hard work on a store shelf – and to be able to share a beer you created with friends.  I love that beer brings people together.


How did you find community amongst female brewers when you were first starting out and how has that changed since?

When first starting out there were very few females in the industry, especially on the production side of the business, and we quickly bonded, but it was at a local level.  Now the community is more far reaching and has grown substantially to the point that there are now formal groups such as the Pink Boots Society!


Thinking towards the future – how do you see the landscape of the brewing community evolving?


What’s the brew that you’ve been the most proud of to make and why?

That’s a tough question!  A lot of thought, care, and time goes into the development process, and I am proud of many beers our team has developed over the years.  For me, 26.2 Brew is that beer.  It was a passion project from the start and was an incredible opportunity to bring together two worlds I love – beer and running!  It was fun to collaborate with two of my running idols and to share that beer with friends across the country.  It’s still the beer I reach for after finishing a challenging run! 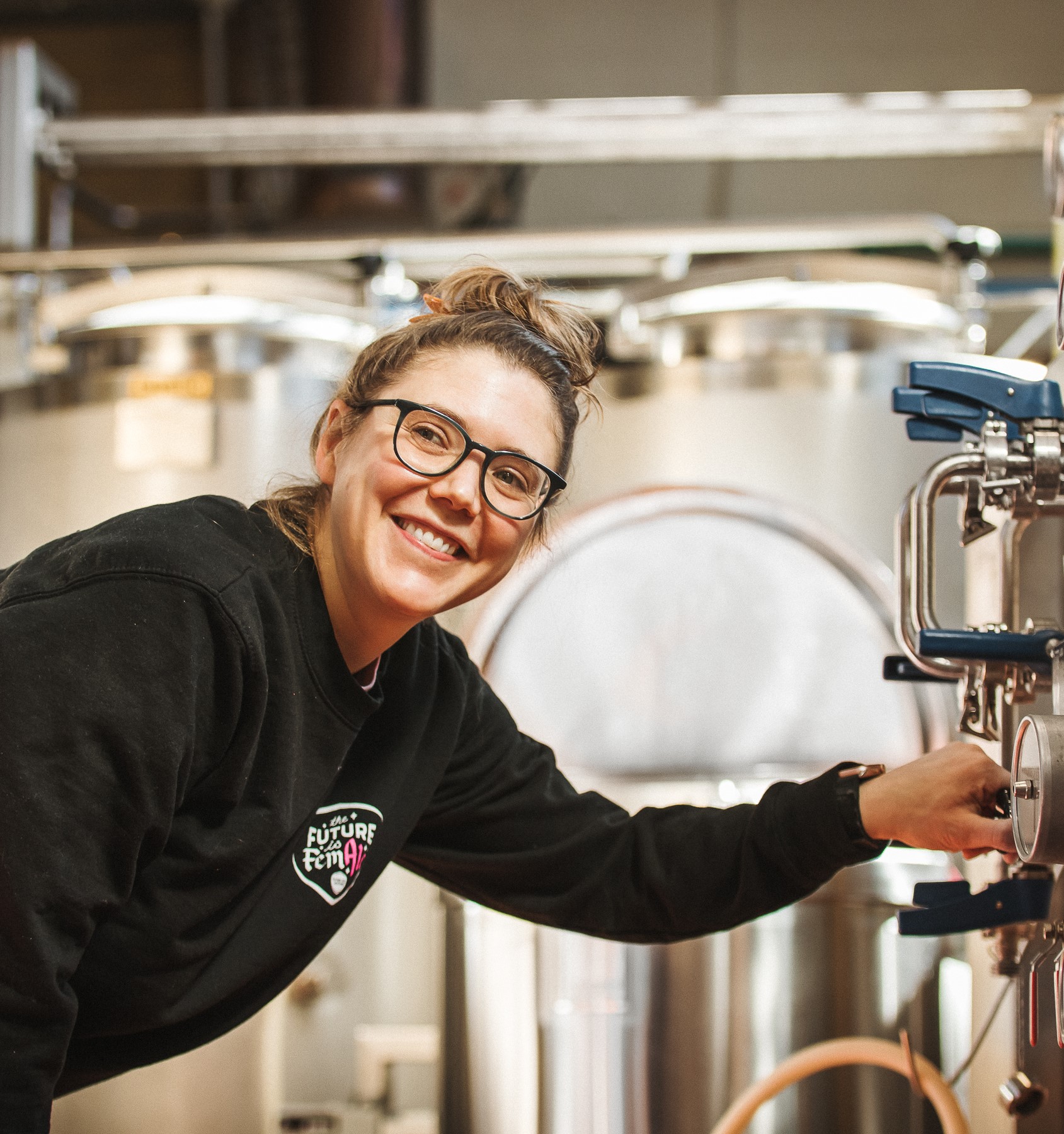 When did you become interested in the art of brewing and what made you stay?

I first became interested in brewing when I was working as a bartender at a brewpub in Jackson, Wyoming. I figured that I should learn how to brew while I had access to knowledgeable people (and ingredients and equipment). The brewers there taught me the basics and let me borrow books from their brewing library. I started as an intern and learned on the job through work and independent reading. After a brief time away to get my Masters in Geology and work in a research lab, I returned to brewing because I missed the mix of science and creativity. Brewing is the perfect blend of art and science, problem solving, and trouble shooting!


How did you find community amongst female brewers when you were first starting out and how has that changed since?

When I first started brewing in Wyoming, there were no other local female brewers anywhere near me. I leaned heavily on the Pink Books group online forums to discuss all things brewing. They were immediately and completely kind, supportive, and knowledgeable. Now, I work directly with as many female brewers as male brewers! It is truly amazing to work with so many intelligent, motivated, and collaborative women.


Thinking towards the future – how do you see the landscape of the brewing community evolving?

I hope that the brewing community continues to become more diverse- not just with more women but with more people of color and people from the LGBTQ community. I think we will continue to form online communities where we can share knowledge and information and have virtual talks and tastings, but I sure am looking forward to having a beer with everyone.


What’s the brew that you’ve been the most proud of to make and why?

I am most proud of all of them! But if I had to choose just one, I am most proud of this year’s International Women’s Day Brew with the Pink Boots hop blend. I am proud of not only the recipe and collaboration with our amazing group of women brewers, but also of the actual work it took to brew this beer - crushing the pink peppercorns with a mallet and zesting 48 grapefruits! I hope you all think it is as delicious as I do!